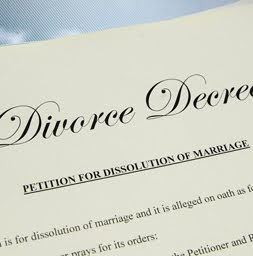 In an unusual case, Judge Jeffrey Sunshine, sitting in the Supreme Court Divorce Part in Kings County, had a case before him where a woman sought to set aside a judgment of divorce by her husband after he died. In this case the wife claimed she was not aware of the divorce until after her husband died when she was served with a copy of the divorce papers. The divorce papers were served upon her by her deceased husband’s family. They took this action because they were challenging her ability to administer his last will and testament.

Judge Sunshine appointed a guardian ad litem to represent the four minor children of the decedent. The wife stated she had no knowledge of the alleged divorce lawsuit. She had continued to live with her husband as a married couple until his death in the year 2011. Upon review of the divorce documents, she acknowledged there was a signature on her affidavit which resembled her own signature. She also acknowledged there was a signature on a Stipulation of Settlement in the divorce which resembled her signature. However, she denied any knowledge of executing these documents. She further denied any knowledge she had her signature notarized in the State of New York on either the Stipulation of Settlement or her affidavit related to the divorce.

Motion to Set Divorce Aside Denied

Judge Sunshine denied the wife’s post judgment action to set the divorce aside. He found after he had appointed a guardian ad litem to represent the children, the wife refused to cooperate with this attorney. The wife ignored all of the requests by this attorney for information concerning the estate proceeding.

There is a saying, you are married until death or divorce. In this case, the parties were divorced and the wife sought to reassert the marriage after death!

Elliot S. Schlissel has been representing men and women in divorce lawsuits throughout the Metropolitan New York area for more than 35 years.